Passionate about cooking since his earliest childhood, Guillaume Scheer first joined the hotel school in Strasbourg to learn his skills. The Chef continued his training as a sous-chef at L’Étrier * du Royal Barrière in Deauville, then at the Pavillon Ledoyen in Paris alongside Christian Le Squer *** where he perfected his imprint and learned excellence. His love for his native region brought him back to Strasbourg, where he took control of the 1741 * stoves for 3 years and won a star in the Michelin Guide. Rich in his experiences with the most beautiful names in gastronomy, he decided in 2018 to open with his wife Charlotte a place in their image, Les Plaisirs Gourmands.

A true virtuoso of flavors, the Chef offers a modern and creative cuisine mixing meticulous work of sauces with notes of citrus fruits and fresh herbs.

A mastery rewarded with the titles of “Young Talent” in 2017 and “Grand de Demain National” in 2019 in the prestigious Gault et Millau guide. Then in 2021 1* in the Michelin Guide

Originally from Angers, it was in Deauville that Charlotte Gate crossed paths with Guillaume Scheer when both put their talent at the service of the restaurant L’Étrier *. The couple continued their gastronomic epic in Paris where Charlotte would officiate in the kitchens of the prestigious Parisian palace, Le George V. In 2009, they left the frenzy of Paris together to join Alsace and found their family.

When the couple decided to open their establishment, Charlotte made the bet to join the room and has since revealed herself to be the perfect Mistress of the House.

A sense of hospitality underlined by the Michelin Guide which describes “smiling efficiency in person”.

Its two rooms and its terrace

The living room "garden side",
under its glass roof

The main room has a magnificent glass roof bathed in light which opens onto the terrace shaded by a cherry tree, fig trees and bamboo. A warm and friendly place, designed like a lounge where Charlotte and Guillaume would welcome their friends. 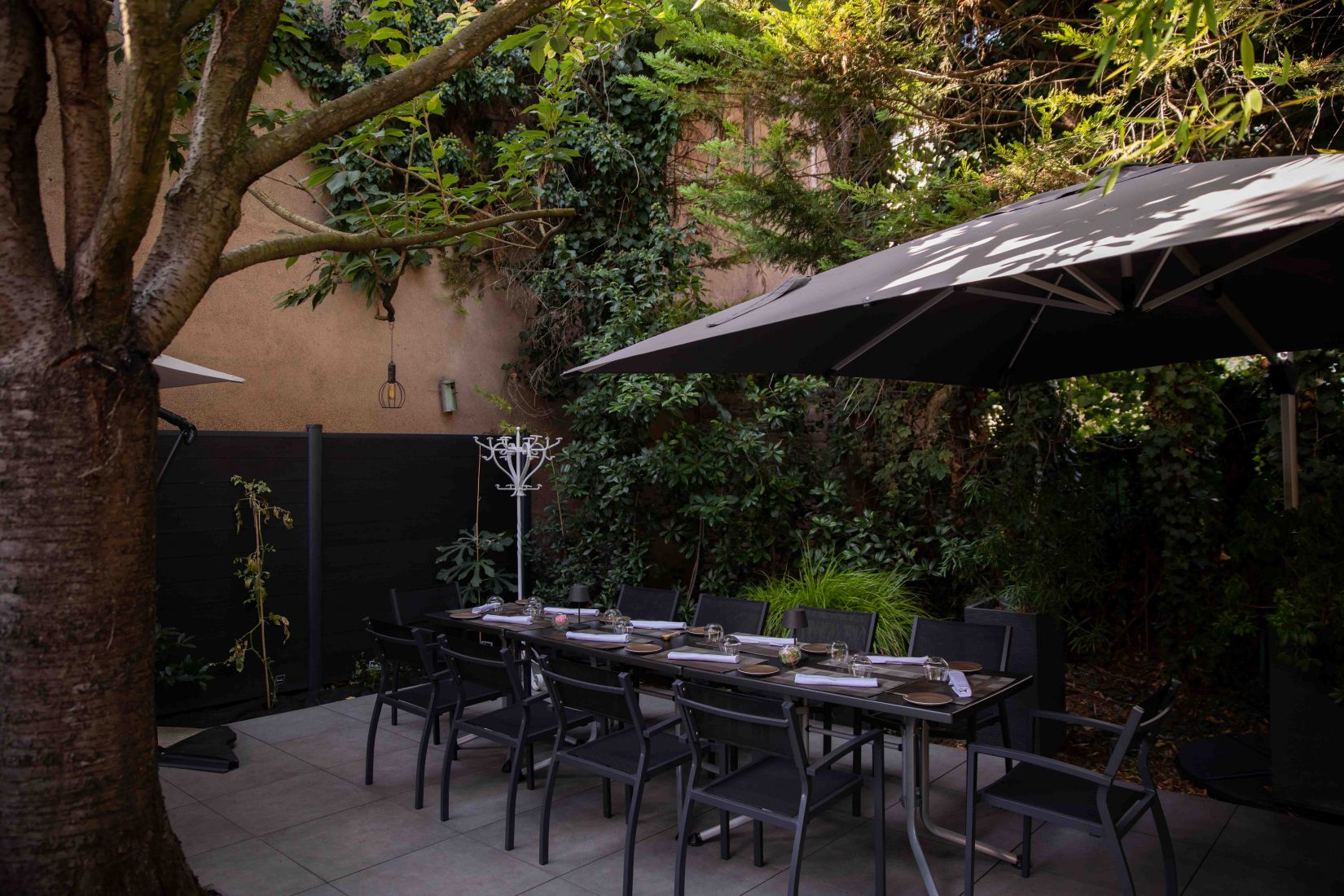 The terrace for sunny days

From the end of April for lunch and June for dinner, the terrace welcomes all guests in search of tranquility and greenery, far from the bustle of the city.

The Zoé lounge offers a more intimate and cozy atmosphere. Thanks to its warm colors, it is the ideal place for a business lunch or a romantic meal. 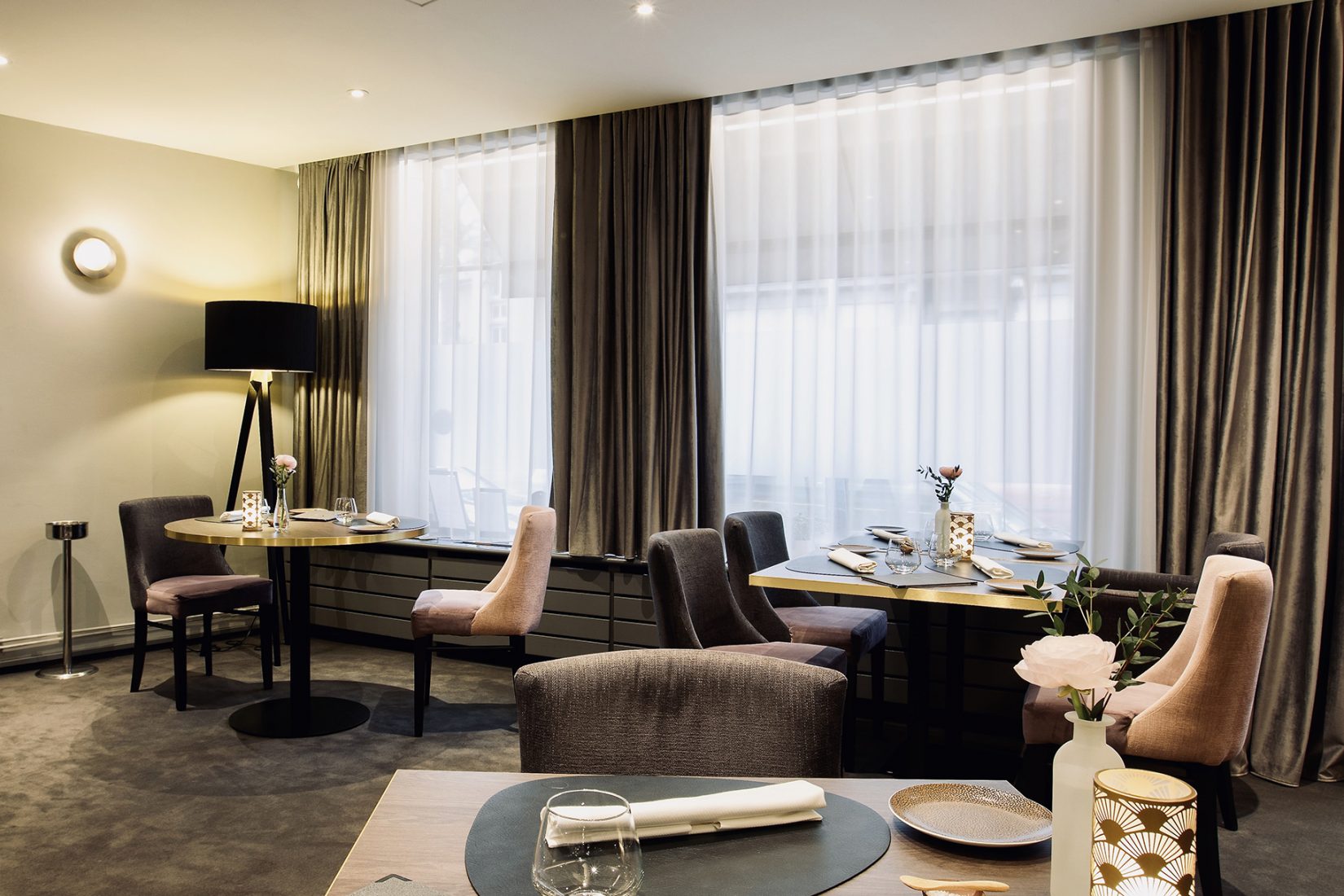